A trail connecting Honey Creek Destination Park to Prairie Ridge Park was constructed on the north side of Rathbun Lake. This trail was constructed after years of effort from Appanoose County Trails, Inc., a non-profit trails organization, to get a trail around the lake. The site is owned by the U.S. Army Corps of Engineers as part of Rathbun Lake. 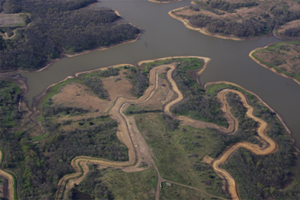